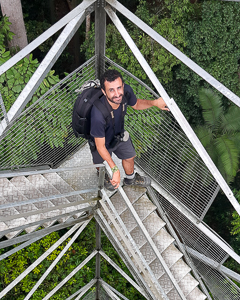 Octavio’s deep-rooted fascination and dedication to the natural world has given him a diverse portfolio of photographic skills, and he uses his intimate knowledge of camera function to bring out the best in his guests photographs and experiences. 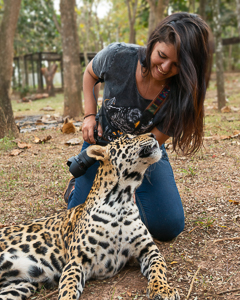 Born and raised in North Pantanal, Larissa started guiding natural history tours at a very early age. As a teenager she was trained as a guide in one of the most famous lodges of the Pantanal, where she learned guiding skills and different languages: english, french and spanish. Later on she led tours all over Brazil and abroad, giving her a huge experience in the industry. Her professional skills and keen senses for locating Jaguars, allied with her deeply charismatic and high spirits essence, provides an unique experience for her guests.